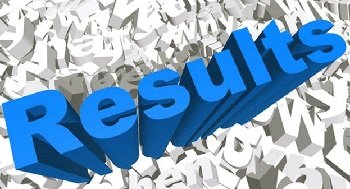 LAHORE: Board of Intermediate and Secondary Education (BISE) Lahore has announced result of the secondary school certificate (SSC) Annual Examinations 2019 declaring 163026 successful out of total 2,30,147 showing pass percentage of 71.75.

Among students of humanities 74,188 applied, 72695 appeared in exam and 38661 managed to pass the examinations with only 53% success rate. Seven students managed to secure top three positions (four male-three female) in Humanities Group. Among boys first position secured by Usman Iftikhar with 988 marks while Mubashir Liaqat managed to grab second position with 982 marks and third position was jointly claimed by Wahab Yousaf and Muhammad Abbas obtaining 982 marks each. On other hand first position among girls in Humanities Group was secured by Sehrish Afzal obtaining 1042 marks while Malaika managed to secure second position with 1034 marks and third position was secured by Yasmeen Fozia with 1028 marks.