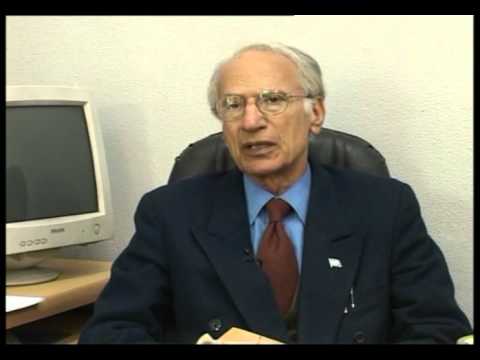 Why we lack leadership in every ﬁeld?

THE EDUCATIONIST: What are the basic changes that we need in our education system and do teachers ought to have some change in their teaching methods as well?

Dr. Mehdi Hasan: Teachers are not playing their role properly in their ﬁeld and the basic reason is that they are not appointed on merit. Rather they are appointed on political basis. Teachers must give their students a conﬁdence to explore more & more. Always remember principles are important and unfortunately we as society don’t follow principles in any ﬁeld. We lack heavy weight leadership in every ﬁeld. We need changes in our courses because they are not good enough. For the betterment of education we need a good course so that our students can help themselves to increase their mental abilities.

THE EDUCATIONIST: What is the biggest reason of depression in youth and do you think that Human Rights Commission of Pakistan is dealing with this?

Dr. Mehdi Hasan: When it comes to youth, there are two major problems due to which our youth is not satisﬁed. First is our system and the other is teachers. Our teachers are not playing their role properly. Teachers must provide them proper guidance. If we talk about Human Rights (HRCP) then our youth is not interested in it at all.

We select 31 boards of governors from all over Pakistan after every 3 year and there is no representation of youth at all. The reason why there is no representation of youth in HRCP that is the religious might in our society because they think we are preaching west’s agenda. HRCP was formally launched in 1984 but many people had been working even before its launch without any name of “Human Rights Commission”. There were some politicians, lawyers and teachers who worked for the well-being of humanity. Student unions are very important for youth but no government took any adequate step to restore student unions. One of my students, happened to be the prime minister of Pakistan. He asked me “what should I do?” and I suggested him to restore the student unions. In his very first address he did give the policy statement about restoring the unions but there was no implementation later on.

THE EDUCATIONIST: What is the procedure if someone needs help from Human Rights Commission of Pakistan?

Dr. Mehdi Hasan: There is a complaint cell in HRCP, we always work on the bigger issues and for small issues we mostly recommend it to the concerned government department along with our comments / suggestions.

THE EDUCATIONIST: We see so many news channels, what do you think about them, are they really up to the mark?

Dr. Mehdi Hasan: In my opinion newspapers are much better than these news channels because in newspapers there is a news editor who is responsible for news and the editor is responsible for the news and policy overall, but in news channels there is no sense of gate keeping. Most of the channel owners don’t even know about the term gate keeping. This is the biggest reason why journalism is not up to the mark in news channels. The second important thing is there is no awareness about the defamation laws so no one is afraid of saying anything about anyone.

THE EDUCATIONIST: What is your opinion about newspapers and the content / material they publish?

THE EDUCATIONIST: A few days back, Dr. Mugeesuddin Sheikh has launched a book in which he did not talk good about you; how would you see it?

Dr. Mehdi Hasan: It’s completely okay. It’s his opinion and everyone has a right to have an opinion. He was member of Jamat e Islami and I am not a very religious person. That is why he always tries such tactics. Mugeesuddin was appointed as a teacher through Jamiat. When he was in Punjab University he tried 3 to 4 times to drive me out but high court always saved me. I don’t think so that we should use religion for our political matters. For me religion is personal matter of every individual. I believe in Jinnah’s vision which he gave in his censored speech that religion is personal matter of faith for every individual.

THE EDUCATIONIST: Your opinion about minority rights?

Dr. Mehdi Hasan: I think we must give all the rights to minorities which we have as a citizen of Pakistan. I want to follow Jinnah’s vision and Jinnah said this many times that “all citizens of Pakistan will have equal rights”. Religion has nothing to do with politics, you may be a Muslim, you may be a non-Muslim it has nothing to do with politics or political purpose. But unfortunately in our society the religious might is very strong and without their permission nothing happens in our society. I am a teacher that’s why I am optimistic about things. I always talked to my students that you are the people who can bring the change.

THE EDUCATIONIST: What is your message to the youth?

Dr. Mehdi Hasan: I always give this message that every young person must read the speech of Jinnah of 11th august 1947. That speech is actually the vision of Jinnah. For me the secret of Pakistan’s progress is hidden in that speech. But unfortunately that speech was censored by the establishment. Some people have also tried to revive that speech with the help of a German NGO in 1995. Our youth don’t know about Jinnah. We must tell them the truth because right to know is fundamental right of everyone.