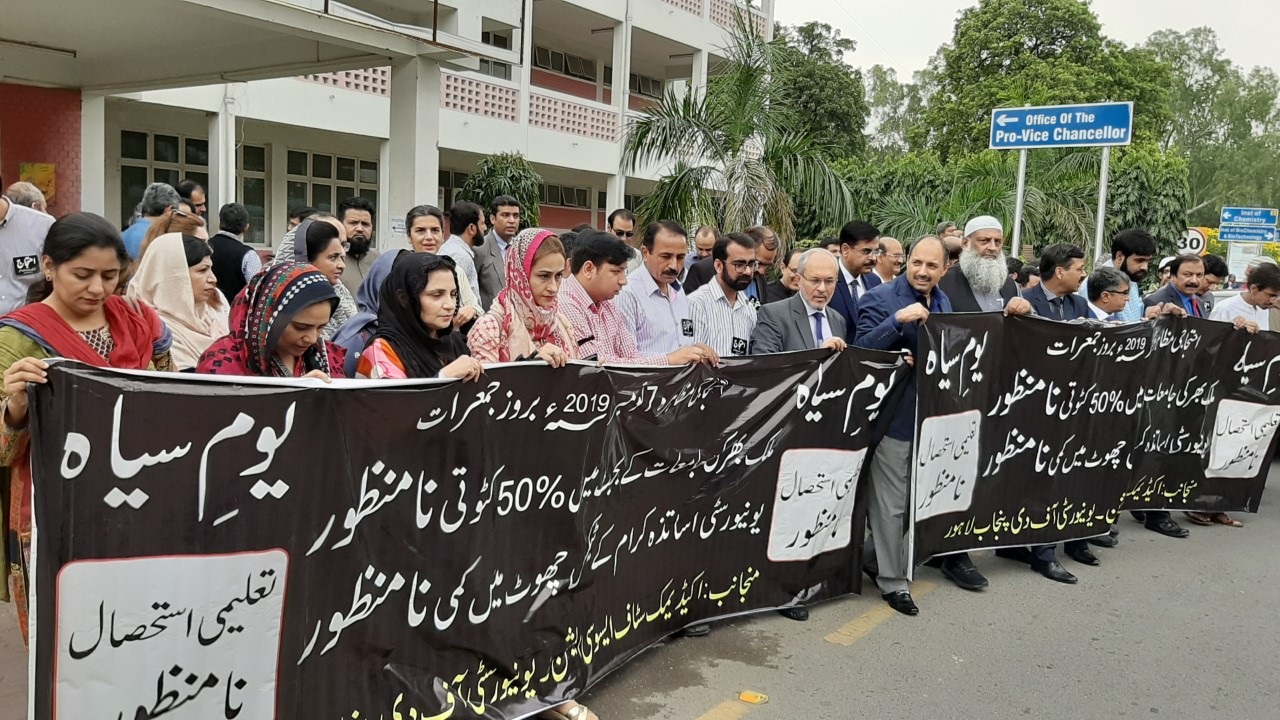 The teachers were wearing black bands on their arms and holding placards demanding government to allocate budget to higher education as per demand and restore income tax rebate to teachers to 75 percent. The teachers took out rally from Al Raazi Hall to Faisal Auditorium.

Addressing the participants, Prof. Dr. Mumtaz Anwar Chaudhry said that no country could progress without spending money on higher education sector. He said that PTI government had promised during elections that it would give top priority to the education.

However, he said, instead of increasing the budget, the government reduced the budget of higher education by 50 percent, which is highly regrettable. He said that HEC chairman had failed to present our case before the government due to which teachers were observing black day.