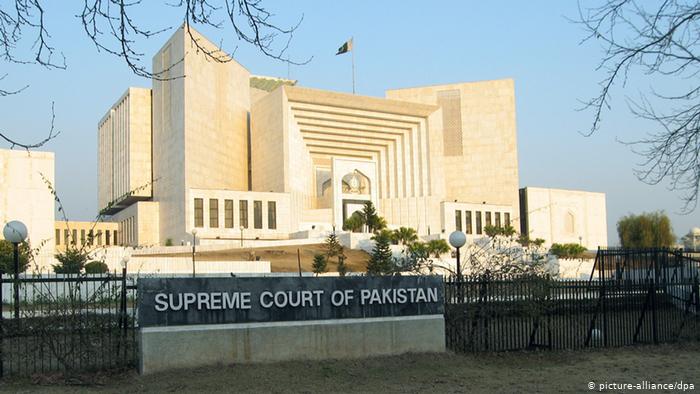 No.1 candidate of KPK varsity VC-ship becomes a victim of ‘PTI influential’

By Our Staff Reporter

LAHORE: In the light of the orders of the Supreme Court of Pakistan regarding the appointment of top merit candidates as vice-chancellor in public sector universities, the Punjab Governor has appointed Dr. Iqrar Ahmad Khan as Vice Chancellor, University of Agriculture, Faisalabad.

Dr. Iqrar Khan was selected as top merit candidate by the Vice Chancellor Search Committee, however, he was not appointed as VC keeping in view the previous practice of appointment of one suitable candidate from top three candidates by the Chief Minister/Governor of the province.

Later, Dr. Iqar approached the court of law for justice. Subsequently, the Lahore High Court and the Supreme Court of Pakistan decided in his favour keeping in the view the popular ruling of former Chief Justice Saqib Nisar, who while announcing a similar case, had ordered appointment of top merit candidates as VCs in public universities of the country.

PESHAWAR: Defying the Supreme Court orders in sheer violation of merit, the PTI government in KPK has appointed number 2 candidate as Vice Chancellor University of Lakki Marwat on the behest of some very influential personality of the party. The Secretary KPK Higher Education Department issued a formal notification for the appointment of Dr. Aurangzeb Khan as vice chancellor of the Lakki Marwat University instead of Dr. Saleem Haider, who was number one candidate in the list.
Dr. Saleem approached Peshawar High Court for justice. The court ordered with the direction to the Governor KPK to decide the representation of petitioner within 15 days from the date of receipt of order, and thereafter, the petitioner would be at liberty to approach any appropriate forum, if he is still feeling aggrieved or representation is not decided within the period of 15 days.

A reminder request in this case has also been filed. However, the case is still pending with the Governor KPK.
Punjab University’s Institute of Agricultural Sciences (PUIAS) Director, Prof. Dr. Muhammad Saleem Haider lodged a formal complaint on the PM’s Portal. He said the appointment of Dr Aurangzeb Khan as vice chancellor of the Lakki Marwat University was illegal and mala fide practice. “It is shocking to see that a covering candidate (Dr Aurangzeb Khan from the Abdul Wali Khan University of Mardan, who was number two in the merit list) was appointed as the vice chancellor of the University of Lakki Marwat vide letter SO (U-IV)HE/3-4/2020 dated March 6, 2020,” he said in his application.

“I applied against the post of the vice chancellor of the University of Lakki Marwat which was advertised in the national press. I was interviewed before the Academic Search Committee of Khyber Pakhtunkhwa on December 24, 2019. The committee selected me as merit one candidate, besides two covering candidates. In recommendation of the Academic Search Committee, it is mentioned categorically that number one candidate may please be appointed for respective university. It was followed in other seven universities whereas a covering candidate, who is number two in the list, was appointed in the Lakki Marwat University in clear violation,” Dr Saleem Haider said.

It is pertinent to mention here that the Supreme court of Pakistan has already issued instructions to appoint the number one candidate as the Vice Chancellor. Dr Saleem Haider called appointment of Dr Aurangzeb Khan as the Vice Chancellor illegal and mala fide practice. He requested the authorities that his grievances must be addressed.

Sources told The Educationist that one of the top influential of PTI in center as well as in KPK maneuvered this illegal appointment. In spite of the court orders, and after a lapse of two months, no response has been received from the Governor KPK. As per Writ Petition no. 407/B of 2020, the court ordered the Governor KPK to decide this matter within 15 days. However, the case is pending with the Governor KPK, for the last two months. A contempt of court has been filed in this regard.

Punjab University’s senior professor Dr. Muhammad Saleem Haider, who is currently working as Director Institute of Agricultural Sciences, has also requested the Prime Minister of Pakistan Imran Khan and other high ups that his grievances should be addressed on merit. Dr Saleem is waiting for the justice.