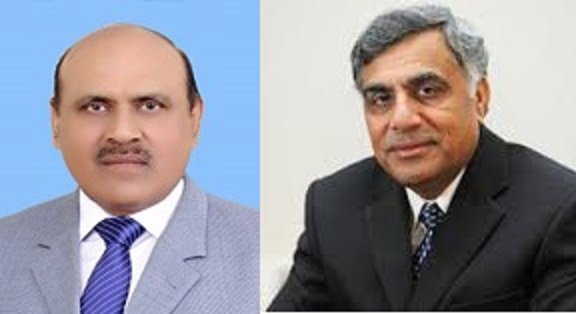 Dr. Ashraf did his PhD in 1986 from University of Liverpool, United Kingdom with specialisation of salt tolerance in forage crops. His did his Post Doc. from University of Arizona, Tucson, USA in 1993-94. Formerly, he has been the chairman of department of Agronomy at University of Sargodha. He has also been the dean of Faculty of Sciences at UAF from Sep 15 ,2006 to Nov 20, 2012. He has been principal investigator of 25 research papers published by various national nad international organizations during last 20 years.He was honoured with Hilal-e-imtiaz award on 14th August 2006. He was also given best university teacher award in 2002 and lifetime achievement award in 2003 by HEC.

The newly appointed VC Prof. Dr. Qamar-uz-Zaman of PMAS university is PhD from Dalhousie University. He has over 25 years teaching experience. He established the world class Precision Agriculture Research Programme (PARP) with objectives to improve the competitiveness and enhance the profitability of agriculture industry in Atlantic Canada. He has received US patent#8488874 B2 and Canadian patent# 2,740,503 C for invention of his “variable rate sprayer system and methods of variably applying agro-chemicals”. He has published more than 70 peer-reviewed articles in scientific journal. He has also received awards from University of Florida in recognition of outstanding contribution in the development of his variable rate sprayer.